In July, 2020, the ISPP Governing Council decided to rename the Erik Erikson Early Career Award to honor Prof. Jim Sidanius. Dr. Sidanius was an early member and consistent contributor and promoter of ISPP, and encouraged generations of his students and collaborators to join ISPP. Dr. Sidanius has spent his career making enormous contributions to the fields of political and social psychology, African American studies, sociology, and political science. He is known especially for his work with Felicia Pratto on Social Dominance Theory, which is considered by many to be the most influential idea for understanding the origins and persistence of ethnic conflict in human systems around the world and over time. Dr. Sidanius has trained dozens of political psychologists, and his work to develop their careers makes renaming the early career in his honor award quite fitting.

The Early Career Award has been given since 1982. The Award recognizes and celebrates exceptional achievement and is awarded to an individual who is a member of ISPP and within a decade of receiving their Ph.D. The list of recipients of the Early Career Award is a compendium of those who are among the most prominent leaders in political psychology today.

The nominees must be current ISPP members and within 10 years of having received their PhD. All nominations must include an argumentation why he/she deserves the award and a CV of the nominee. Nominations are due by January 15 and should be sent via e-mail to the award committee chair. The winner(s) will be notified by early March.

THE NOMINATION PROCESS FOR 2021 is NOW OPEN. Please send submissions to the Chair. The deadline for nominations is 15 January 2021. 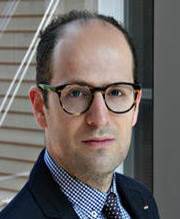 The pool of nominees we considered this year included several exceptionally impressive scholars. Even in such notable company, this year’s nominee – Josh Kertzer, stood out and represented our unanimous choice. He is a once-in-a-generation scholar, and we are delighted to be able to honor him and his work.

To state my bottom line up front, Josh is an unusually gifted scholar by any standards. His work and grasp of the literature is cutting edge and he is clearly a star. The simple metrics of Josh’s work make a compelling case. His book, Resolve in International Politics, was published by Princeton University Press and received ISPP’s Alexander George Award. It is a major contribution to the literature in both IR and political psychology, combining rich theory, creative argument, and sophisticated quantitative methods at multiple levels of analysis to address an issue of contemporary concern. One description called it a “tour de force” and “simply brilliant, producing a major innovation in the conceptual issue of resolve,” which had attracted a great deal of attention but little progress prior to Josh’s efforts. This award winning book built on the four national and international awards the dissertation version of this research received. More generally, he publishes regularly in top IR and general political science journals, with a total of 19 peer-reviewed articles already.

Josh’s work is impressive for a host of reasons, but this award is especially appropriate because he has brought the insights and concerns of political psychology to the attention of his entire subfield. As his nomination letter writers put it, “He is at the forefront of a renaissance in the application of psychological insights to international relations.”

Even with all this impressive research productivity, Josh also takes time to serve the discipline, reading and commenting thoughtfully on the work of others, reviewing regularly, and organizing helpful panels and other opportunities at major conferences and other venues. We expect he will be a leading voice in both IR and political psychology for many years to come, and we cannot wait to see the excellent work and collaborative projects he produces next.

SUBMISSION DEADLINE FOR ISPP 2021 MEETING EXTENDED TO 8 DECEMBER! Did you miss the opportunity to register for our amazing meeting? Now it's your chance! More info at https://ispp.eventsair.com/ispp-2021-annual-scientific-meeting/

SUBMISSIONS ARE DUE TOMORROW! Submit your work to the 2021 ISPP Annual (Virtual) Meeting at https://bit.ly/3mNjZAF

Check out our great Newsletter for this Fall! We have great contributions from excellent scholars that will certainly interest you! https://mailchi.mp/a11fa483183d/its-here-the-ispp-early-career-fall-newsletter

The October 2020 issue of Political Psychology is now available to all subscribers. Please note that due to disruptions caused by the COVID-19 pandemic, you may not receive your hard copy of the journal at this time. All content is available online.
Get your copy now