The award winner will be determined by an international and interdisciplinary committee. As judged by the award committee, the book should increase substantially our understanding of an issue (or issues) that is central to the concerns of mass politics and the world in which we live.

Published books carrying a 2020 copyright may be nominated for the award by individuals or publishers.

This is the ninth year the award will be given, so we encourage you to make nominations. Self-nominations are also welcome.

The award recipient(s) will be strongly encouraged to attend the Annual Meeting and Awards Reception. Send nominations via e-mail to the award committee chair.

THE NOMINATION PROCESS FOR 2021 IS NOW OPEN. Please contact the Chair for submission information. The deadline for nominations is 15 December 2020. 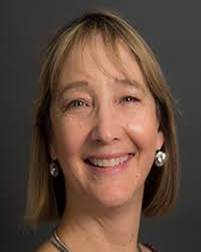 This year’s Sears award winnter fits all of the criteria to a “T”: Erdem Aytac and Susan Stokes' book Why Bother: Rethinking Participation in Elections and Protests (Cambridge University Press).

This is a very theoretically ambitious book which addresses the so-called “turnout paradox” that has been with us for as long as social scientists have been gathering election data: Why should anyone Bother to participate in politics, if you have no realistic chance to affect the outcome of an election? Their theory of “costly abstention” goes a long way toward providing an intuitively satisfying answer to the paradox. They apply their theory to both the “easiest” type of political participation – voting – and to some of the most difficult and costly – protesting. They bring survey data from the U.S. and several European countries to bear on their findings – a plus, again, for an award given out by ISPP.

As with the Markus book, what the committee particularly liked about Why Bother is that it offers broad theoretical insights relevant to political psychology, in ways that can be generalized to many other contexts.

SUBMISSION DEADLINE FOR ISPP 2021 MEETING EXTENDED TO 8 DECEMBER! Did you miss the opportunity to register for our amazing meeting? Now it's your chance! More info at https://ispp.eventsair.com/ispp-2021-annual-scientific-meeting/

SUBMISSIONS ARE DUE TOMORROW! Submit your work to the 2021 ISPP Annual (Virtual) Meeting at https://bit.ly/3mNjZAF

Check out our great Newsletter for this Fall! We have great contributions from excellent scholars that will certainly interest you! https://mailchi.mp/a11fa483183d/its-here-the-ispp-early-career-fall-newsletter

The October 2020 issue of Political Psychology is now available to all subscribers. Please note that due to disruptions caused by the COVID-19 pandemic, you may not receive your hard copy of the journal at this time. All content is available online.
Get your copy now