The Jeanne Knutson Award is given to a member of ISPP for long-standing service to the society.

All nominations must include the following: A short paragraph explaining why she/he deserves the award and a CV of the nominee. To complete a nomination, simply send these materials to the Committee Chair by the deadline. 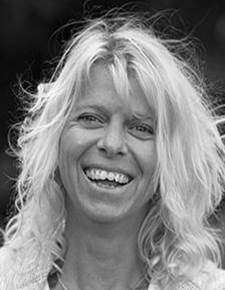 Dr. Catarina Kinnvall is a highly active and influential ISPP member since 1996 with an outstanding track-record of ISPP service. She has served on the Governing Council of the society and as Vice President, and on a number of committees over the years. In 2004, she was program chair of the ISPP annual meeting hosted in her hometown, Lund. Catarina was Editor-in-Chief of Political Psychology until January 2020, and under her five-year editorship the journal made significant progress in raising its international profile and impact factor, while promoting the discipline of political psychology across the globe. She has participated in mentoring early career scholars on how to successfully navigate the world of research dissemination. Catarina has also promoted political psychology outside the society, notably by co-editing the Palgrave Studies in Political Psychology series. We can only conclude that Catarina Kinnvall is a unique example of female leadership! She was the unanimous choice of the selection committee for the 2020 Knutson Award.

Today is the deadline of our call for blog articles! Did you have your work accepted to be presented at the 2021 ISPP Annual Meeting? Send us your abstract, we are eager to read it :) More info @ https://ispp.org/ispp-blog/call-for-articles-early-career-scholars-1st-edition-2021/

Today is the deadline of our call for blog articles! Did you have your work accepted to be presented at the 2021 ISPP Annual Meeting? Send us your abstract, we are eager to read it :) More info @ https://ispp.org/ispp-blog/call-for-articles-early-career-scholars-1st-edition-2021/

Tomorrow is the deadline of our call for blog articles for works accepted to be presented at the 2021 ISPP Annual Meeting! Do not miss this chance! https://ispp.org/ispp-blog/call-for-articles-early-career-scholars-1st-edition-2021/

The deadline of our call for blog articles is getting closer! Send us your abstract by May 30th! More info @ https://ispp.org/ispp-blog/call-for-articles-early-career-scholars-1st-edition-2021/

Did you have your work accepted to be presented at the 2021 ISPP Annual Meeting? What about writing a blog article about it? Check out our call @ https://ispp.org/ispp-blog/call-for-articles-early-career-scholars-1st-edition-2021/