The Sigel Award is given to early career scholar authors of the best papers (or papers accepted as posters) presented at annual scientific meetings. Nominees must be current ISPP members.

ISPP first announced this award at its Vancouver meeting in 1996. Professor Sigel, whom the award honors, has been a distinguished professor of political science at Rutgers University since 1973. She is author and editor of seven books and many articles and book chapters, mostly in the areas of political socialization and democratic citizenship. She has had many leadership roles in the American Political Science Association and has served as program chair, Vice-President and President of ISPP.

All ISPP Early Career Scholars who are current dues paid members of ISPP and had their paper (or poster) accepted for the most recent July meeting/conference are eligible to be considered for the award to be presented during the next year’s meeting. Early Career Scholars are all students (graduate or undergraduate) and faculty who received their Ph.D. within the last eight years.

There are two prizes with slightly different criteria to accommodate the authorship and publication practices in the various disciplines represented in ISPP:

Only papers (or posters) by current (dues paid for this year) ISPP members are eligible for consideration.

Nominees must be current ISPP members and Early Career Scholars. Early Career Scholars are all students (graduate or undergraduate) and faculty who received their Ph.D. within the last eight years. All nominations must include the following: The early career scholar’s paper (or poster) accepted for the most recent July meeting/conference, and a CV of the nominee. To complete a nomination, simply send these materials to the Committee Chair by the deadline. 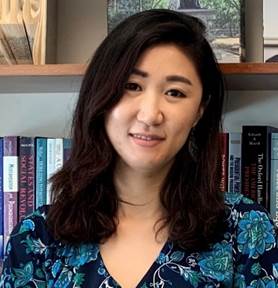 We recommend Eunji Kim's “Entertaining Beliefs in Economic Mobility” for a handful of reasons:

Check out the Fieldwork Seminars "Researching Peace, Conflict and Power in the Field: Methodological challenges and opportunities"! More info at http://tiny.cc/nvabtz
Important: The registration for each seminar is separate!

[Funding Opportunity] Check out the fully funded phD studentships for political psychology at University of Dublin. Applications are due by April 1st, more info at https://www.tcd.ie/Political_Science/postgraduate/phd-programme/